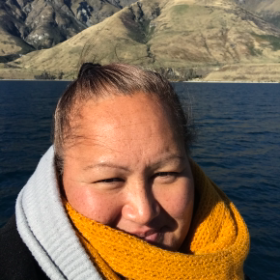 I grew up learning different languages from other countries growing up in New Zealand.

I grew up learning different languages from other countries growing up in New Zealand. When I attended University in America I was introduced to their Te Reo Maori language class. Back then Te Reo wasn’t as prevalent as it is now in NZ. I thought if the University thinks it’s important to teach the native tongue of NZ and I’m from NZ then it must be important to learn. By taking the classes I realised years down the road it’ll come in handy, I just had a feeling it would come in handy. Fast forward to today and returning back to NZ after living abroad for years it’s amazing to see Te Reo Maori being revitalised and thriving when I lived through the time the language almost went extinct and I lived in the time the first Kohanga Reo was created. To me Te Reo is an important part of a living culture and it should be normalised in everything we do here in NZ because it is our native tongue.
Share